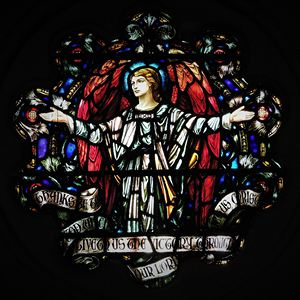 On Monday, May 29, we honor and remember the men and women who have died while in service with the United States Armed Forces. This holiday has its roots in Decoration Day, which, after the American Civil War, honored Confederate and Union soldiers who died during that war. Their graves were decorated with flowers or flags. The holiday has now expanded to include veterans who have died in all wars fought by American soldiers.

Let us pray with thanksgiving for their sacrifices:

Merciful God, as a nation we remember those who have given their lives in armed conflict. May the sacrifices they have made not be forgotten or trivialized by time. As friends, loved ones, and grateful citizens, we honor their courage and devotion to duty, and we pray for the day when war will be no more. Though war is devastating, give us wise discernment to stand against aggression and injustice, which rain confusion and terror upon the innocent. Turn the inner, spiritual drive of both enemy and ally toward the wellspring of peace. Help us as people of faith to recall the promise of Your prophets that, one day, nations will no longer train for war or take up swords, but will beat swords into plowshares and spears into pruning hooks.

O God, we look forward to Your kingdom and everlasting reign of peace. Only You can restore wholeness to the torn fabric of our humanity. To You, O God, be honor and glory, now and forever.  Amen.

Photograph: Detail of the central panel of the art glass window on the west front of Shadyside Presbyterian Church. A memorial to Captain Alfred E. Hunt, the window was dedicated in 1920 with gratitude for peace and victory at the conclusion of World War I. The angel’s scroll is inscribed with St. Paul’s words from 1 Corinthians 5:57 (KJV): “Thanks be to God, which giveth us the victory through our Lord Jesus Christ.” Visible from the gallery in the Sanctuary, this central panel is surrounded by medallion windows which depict angels playing the musical instruments mentioned in the 150th Psalm. The window was designed by the Gorham Company of New York in 1919. Photograph by Elder Timothy C. Engleman.