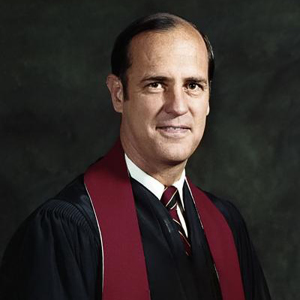 Please remember in prayer the family and friends of the Reverend John Davison Dennis, who passed from this life into the Church Triumphant on Wednesday, September 4, 2019, at the age of 81 years old. A ministerial son of our church family, Rev. Dennis was nurtured in his faith at Shadyside Presbyterian Church during the early years of his life, from his baptism in 1938 until his ordination in 1962, both of which occurred in our Sanctuary.

John was born September 18, 1937, in Pittsburgh, Pennsylvania. He was baptized in Shadyside Presbyterian Church on May 1, 1938, and later joined the church as a member on March 26, 1950. In 1959, he graduated from Wesleyan University, Middletown, Connecticut, with a degree in economics. When a college professor encouraged him to devote his life to a pursuit other than making money, John applied to, and was accepted at, Princeton Theological Seminary, where he received his Master of Divinity degree (1962) and his Master of Theology degree in counseling (1965).

John’s service to the church and the world went beyond his work as a pastor. He served terms on many presbytery committees and also served as commissioner to the General Assembly in 1984. In 1978, he was chosen to represent the denomination in the struggle against apartheid and spent four months working at St. Columba’s Presbyterian Church in Johannesburg, South Africa. His recommendation that U.S. banks apply tougher rules to loaning money in South Africa based on fair employment practices was adopted by the United Stated and played a part in the fall of apartheid. He served as West Coast Dean for the denomination’s Young Pastor Seminars in the 1980s. From 1995 to 1997, he served two terms as chair of the Board of Ecumenical Ministries of Oregon. He also organized an effort to provide over 2,000 prosthetic arms and legs to landmine victims in Cambodia.

Rev. Dennis is predeceased by his wife of fifty-two years, Nancy, and survived by sons Michael (wife Allison) and Andrew (wife Rebecca) and four grandchildren.

A memorial service will occur at the First Presbyterian Church, 114 S.W. 8th Street, Corvallis, Oregon, on Saturday, October 12, at 1:00 p.m.

An obituary has been published online; you may read it by following this link.

As we mourn our loss and give thanks to God for a life lived in faithful service, we consider again John’s favorite benediction, words from a poem by Swiss philosopher Henri Frederic Amiel: “Life is short and we have not too much time to gladden the hearts of those who travel the way with us. Be swift to love. Make haste to be kind.”