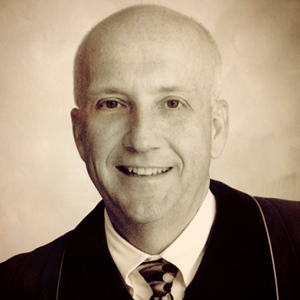 Please remember in prayer the family and friends of the Reverend Dr. Douglas S. Pride, who passed from this life into the Church Triumphant on Saturday, December 2. Dr. Pride served as the Assistant Pastor for Christian Education during more than eight years of ministry at Shadyside Presbyterian Church from 1983 to 1991.

Upon receiving his Master of Divinity from Pittsburgh Theological Seminary in 1983, Doug accepted the call to Shadyside Presbyterian Church and was ordained at the Avonmore Presbyterian Church.  Months after his arrival at Shadyside, the church experienced a challenging chapter in its history, due in part to the sudden passing of the Reverend Dr. Robert Cleveland Holland in addition to the major changes in Pittsburgh’s industrial and economic structure which unfolded during that decade.  God’s provision of excellent leadership — both lay and clergy — was a blessing to a grieving and embattled congregation, and Doug’s talents number among the remarkable and outstanding gifts for which Shadyside Presbyterian Church gives thanks.

A historical document published for the occasion of the church’s 125th anniversary in 1991 noted Doug’s ministry was distinguished by the widest possible diversity.  Beginning in the general area of Christian education and youth ministry, he branched out into many other parts of the church’s work.  He made pastoral friendships across a wide age range of the church membership, especially our oldest members, with whom he carried out an exceptionally effective ministry.

Beyond the immediate impact of his tenure at Shadyside, he continued to have an impressive and far-reaching effect on the shape of the church’s programs and personnel.  He had a particular talent for connecting the church with new staff and ministries — particularly in the areas of children, youth, and community outreach — and, in this way, his presence continued to be felt even after his departure in 1991 to serve at the Presbyterian Church of Clearfield, Pennsylvania.

Dr. Pride is survived by his wife, Elizabeth Armstrong Pride, of Ann Arbor, Michigan; daughters Kathryn and Jennifer, of Chicago, Illinois, and Pamela, of Ann Arbor; and a sister, Janet Mills, and her husband, Dr. Stephen Mills, of Latrobe.

Visitation will take place at Ferguson Funeral Home, 25 West Market Street, Blairsville, from 2:00 to 4:00 and 7:00 to 9:00 p.m. on Friday, December 8. A service will occur at the Covenant Presbyterian Church, 200 N. Market Street, Ligonier, on Saturday, December 9, at noon, preceded by an additional visitation beginning at 10:00 a.m.

An obituary has been published online; you may read it by following this link.