Music in a Great Space Concert 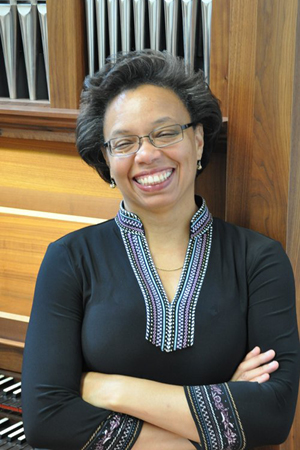 Co-sponsored with the Organ Artists Series of Pittsburgh

On Sunday, February 13, 2022, at 3:00 p.m., Music in a Great Space and the Organ Artists Series of Pittsburgh present organist Nicole Keller in concert.

Ms. Keller currently serves as Associate Organist at Trinity Cathedral (Episcopal), Cleveland and is on faculty at the Baldwin Wallace University Conservatory of Music in Berea, Ohio. She will be performing music of Bach, Franck, and Hampton.

She received the Performer’s Certificate and the Master of Music Degree in Organ Performance and Literature at the Eastman School of Music in Rochester, New York under the tutelage of David Higgs. While at Eastman, she studied continuo with Arthur Haas and improvisation with Gerre Hancock. She received the Bachelor of Music Degree in Piano Performance from the Baldwin Wallace Conservatory of Music in Berea, Ohio, where she studied piano with George Cherry and Jean Stell and organ with Margaret Scharf.

Ms. Keller has concertized in the United States and abroad in venues such as St. Patrick’s Cathedral, New York; Cathédrale Notre-Dame, Paris; Dom St. Stephan, Passau; St. Patrick Cathedral, Armagh, Northern Ireland; and The Kazakh National University for the Arts, Astana, Kazakhstan. She has extensive experience as a chamber musician and as a continuo player, including many performances of Bach’s St. Matthew and St. John Passions, the Christmas Oratorio, and the Mass in B minor, in addition to a host of cantatas and baroque chamber music.

Tickets may be purchased online at www.organseries.com or at the door.