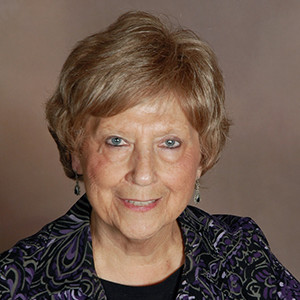 In a historical document prepared for the occasion of the church’s 125th anniversary, the Reverend Dr. F. Morgan Roberts mentioned “the organization and stability which our church operation has enjoyed because of the thoroughness and integrity of the many services rendered by Nancy Shaytar.” As true as those words were when they were written in 1991, they were even more so in 2017, after the passage of more than twenty-five years in the life of this church, as Nancy transitioned from the full-time office staff.

Joining the church staff in 1977, as Assistant Treasurer under the Reverend Dr. Robert Cleveland Holland, Nancy Shaytar became known to almost every member of the church as a friend and trusted guardian of the church’s finances. Recognizing the breadth of her talents and services, she received the title of Financial Administrator in January 1989, and later assumed the role of Director of Finance, a position which she held for more than two decades. In 2017, Nancy celebrated forty years of service with Shadyside Presbyterian Church and received the title of Director of Finance Emerita.