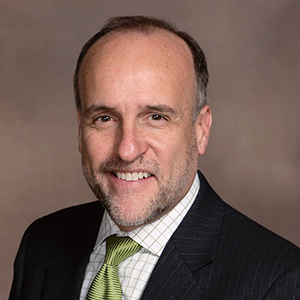 A native of Montana, Mark Andrew Anderson is Director of Music Ministry at Shadyside Presbyterian Church, Artistic Director of the Pittsburgh Camerata, and Executive Director of the Music in a Great Space and Music for Midsummer Nights concert series. He also serves as the American Choral Directors Association Pennsylvania Repertoire and Resources Chair for Music in Worship.

Previously, he served as Organist/Choirmaster at The Presbyterian Church of Chestnut Hill (Philadelphia) for fifteen years, in addition to holding prior positions in New York, Kentucky, Texas, and California.

Hailed by music critic Jon Asgeirsson as “excellent … technically well-grounded and elegant in playing and interpretation,” Dr. Anderson has presented recitals and master classes throughout the United States, Canada, Puerto Rico, Europe, and Japan. Performances, both live and recorded, have been broadcast on the BBC and NPR. His reviews in the Reykjavik Morgunblaðið referred to his playing at the monumental Hallgrímskirkja as “precise … subtle, insightful, elegant.”

An active composer, Dr. Anderson has won awards for both his choral compositions and hymns, including the American Guild of Organists/Concordia University Composition Award and the Carl F. Mueller Award in composition. He has received commissions for hymns, choral music, and brass arrangements from schools, community choirs, and churches, as well as the Philadelphia Chapter of the American Guild of Organists, The Lutheran Psalter, and Princeton Theological Seminary. His music is published independently and by GIA Publications and Augsburg Fortress Press.

The first music director of the Pennsylvania Girlchoir of Philadelphia, Dr. Anderson led the choir on tours to thirteen countries in seven years, including Argentina, Austria, Canada, the Czech Republic, France, Germany, Hungary, Iceland, Italy, Russia, and Uruguay. He is the founder and past director of the San Marino National Organ Competition, the San Marino Music and Arts program, the Westminster Choir College Middle School Vocal Camp, and the Music for Midsummer Nights concert series. For several years, he was the director of the Westminster Choir College Summer Organ Week for High School Students, and he is a past-Dean of the Philadelphia Chapter of the American Guild of Organists.