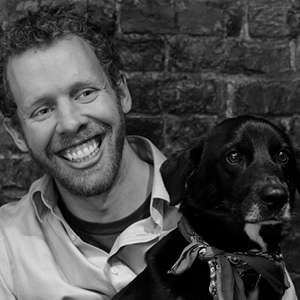 Jesse Naus began working with Shadyside Presbyterian Church as a sound consultant in the summer of 2020 and assumed weekly worship duties as Audio/Visual Engineer in January 2021.

As an audio engineer, producer, musician, and business owner, Jesse has had the privilege of working with some of the top artists in the industry, ranging from international touring musicians and Broadway actors to some of the most prestigious orchestras in the world. Some of his past clients include the New York Philharmonic, the Pittsburgh Symphony Orchestra, Atlantic Records, Sony Pictures Entertainment, WGN-TV, Harper Collins, Penguin Random House, and Manchester Craftsmen’s Guild Jazz.

Starting his journey as a musician, Jesse attended the Mary Pappert School of Music at Duquesne University, earning a Bachelor of Music in music technology in 2006. In 2009, after working as a freelance engineer for three years, Jesse founded Red Caiman Media, Inc., a recording and production facility in downtown Pittsburgh. With a clientele including Kaleo, Ewan McGregor, Leslie Odom Jr., Kevin Nealon, Justin Guarini, and Tamara Tunie, Red Caiman has grown into one of the premier recording studios in the region.

In 2010, Jesse began his higher education teaching career, accepting a position as an adjunct faculty member at Duquesne University, where he was later promoted to full-time assistant professor in 2020. Jesse also has held an adjunct faculty position at the Rowland School of Business at Point Park University (2013–2019), where he was instrumental in the design and implementation of the student record label: Pioneer Records. From 2012 to 2016, Jesse held the Chair of Music Technology position at City Music Center of Duquesne University, where he designed and implemented the inaugural curriculum for the music technology track of the program. Jesse has been a professional member of the Academy of Recording Arts and Sciences and the Audio Engineering Society.

Jesse lives in Pittsburgh with his wife, Taylor; their daughter, Vera; and bandana-wearing pup Archer.