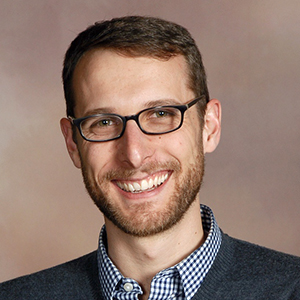 The Reverend Dr. John F. Magnuson served on the Shadyside Presbyterian Church staff from September 2012 until July 2019, when he accepted the call to serve as the Associate Pastor of Discipleship at Myers Park Presbyterian Church in Charlotte, North Carolina. During his tenure at Shadyside, John received support from the church’s Howard C. Scharfe Fellowship Endowment as he pursued his Doctor of Ministry degree in Missional Leadership at Pittsburgh Theological Seminary. He completed his coursework and earned his degree in May 2022.

During his time at Shadyside, John served in a variety of progressively responsible roles. In 2013, John Magnuson transitioned into full-time, ordained ministry at Shadyside Presbyterian Church as Associate Pastor for Youth, Young Adult, and Family Ministries, after serving part-time for more than a year as the interim youth director and as a seminary intern. Rev. Magnuson’s role at Shadyside further expanded in 2015 to a called position, Associate Pastor for Discipleship, which added coordination of Christian Education for Adults to his previous duties.

A native of Greensburg, Pennsylvania, John is a graduate of Westminster College and Pittsburgh Theological Seminary. While in college, he worked with the senior high youth group of New Wilmington Presbyterian Church for four years. He also previously interned at Sixth Presbyterian Church in Pittsburgh while pursuing his seminary studies. His mission travels include Malawi, South Africa, Germany, and Israel, as well as a summer with the Presbyterian Disaster Assistance in Mississippi, Louisiana, and Texas. He is passionate about worship and building leaders. John likes to read, play volleyball, travel, and cook with his wife, Olivia. An avid Pittsburgh sports fan, he cheers for both the Steelers and Pirates. While they were among us in Pittsburgh, John and Olivia resided in the neighborhood of Morningside with their two daughters and their dog, Koda.